Provisional A-level results from 19 of the 21 Barnet schools with a sixth form show that students are once again set to be celebrating examination success. 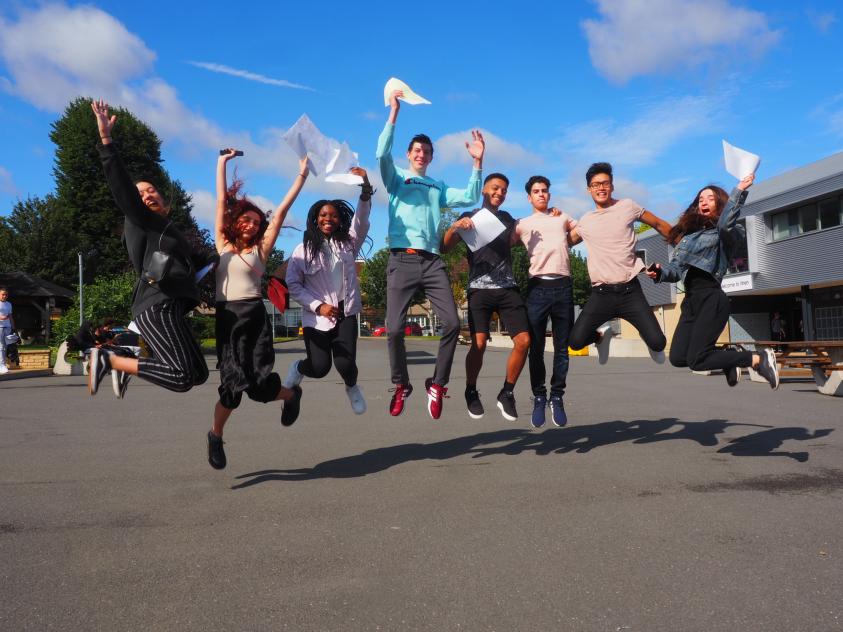 Barnet’s results remain high this year, continuing to exceed national averages, despite a small drop compared to those recorded 12 months ago.

Results received so far in Barnet show 98.3% of A-level examinations were awarded an A* to E grade. This is above the national average of 97.6%.

Among those receiving their results this year were pupils from the Wren Academy in North Finchley.

Zinnia Lyall, 18, from North Finchley, is set to begin a six-year degree in medicine at Edinburgh University after securing two A*s and two As.

She said: “When I logged on this morning and saw the letter from Edinburgh it was overwhelming. I didn’t know how it had gone so there was a lot of relief. There have been some sleepless nights. I put in a lot of hard work just to make sure I had every situation covered.

“I’ve loved it here, the support from staff has been incredible, including help with university applications, I couldn’t have asked for more. I’m really excited about going to Edinburgh.”

He said: “I’m really pleased. I have really been trying not to think about it but I was up late last night and early this morning. I was confident I suppose but I wasn’t expecting three A*s, when I saw the results I had to look again. My parents are very happy.

“There’s been so much hard work gone into it, there wasn’t a day I wasn’t working before the exams. It’s very satisfying.”

Christan Covi, 18, from Muswell Hill, received an A and two Bs. He will be heading to Birmingham University to study International Relations.

He said: “I’m ecstatic. I’ve done well, better than I expected. I revised a lot and the hard work has definitely paid off for me. I think I’ve done myself and my family proud. If there’s one piece of advice I can offer it is just not to give up. Revise hard and when you go into the exam do the best you can.”

Daisy Platt, 18, from Finchley Central, achieved two A*s and one A. She will shortly be starting a Psychology degree at Bristol University.

She said: “I’m really chuffed, in a great mood now. Relieved would be the main word.

“All of the hard work has been worth it and I’m looking forward to starting at Bristol, it’s going to be great. I’m excited to do something I really like.”

Councillor David Longstaff, Chairman of the Children, Education and Safeguarding Committee, said: “Many congratulations must go to A-Level students across Barnet who have been collecting their results. They have done brilliantly and should be extremely proud of what they have achieved.

“Once again the results we have seen borough-wide are testament to the quality of our schools and hard work of pupils and staff. I would like to wish all our students every success in the future.”

More information on careers advise can be found online.