A series of community groups and organisations in Barnet have joined forces to call on volunteers to become Hate Crime Reporting Champions during National Hate Crime Awareness Week. 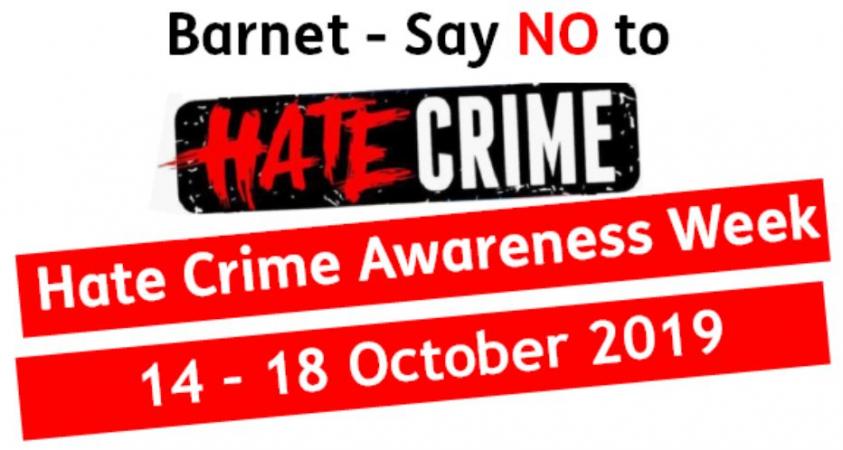 To become a champion, all residents need to do is report hate crime when they encounter it. The best place to do it is through the True Vision website at www.report-it.org.uk – which is accessible from any computer or mobile device. Residents can also go directly to the police by phoning 101, or 999 in the case of an emergency. However, for safety reasons, people should not confront those who commit hate crime.

The reports will allow the police and their partners to build up a statistical picture of hate crime hotspots, so they can target resources towards stopping it. This could include more police patrols or community workshops to bring people together.

Councillor Reuben Thompstone, Chairman of Barnet Council’s Community Leadership and Libraries Committee, said: “This year, we’re hoping to top that figure! Hate crime is often unreported, and we want to change that. We want to show people that hate crime will not be tolerated in our borough.”

Research has also shown that hate crime can escalate and spread if it is left unchecked within a community. Hate crime can be targeted against its victims on the grounds of disability, gender identity, sexual orientation, faith, race, religion or national origin. It can include verbal abuse, criminal damage, bullying, assault, harassment and offensive graffiti. There has also been a recent increase nationally in online hate crime, particularly via social media.

The Barnet Zero Tolerance to Hate Crime Project will be hosting events across the borough next week to encourage people to become Hate Crime Reporting Champions. Expertise will be shared by a range of organisations including Barnet Council to spread awareness and understanding of hate crime, and the effect it has on its victims.

The events will be at: