The Worshipful the Mayor of Barnet, Councillor David Longstaff, has led the marking of Commonwealth Day around the borough. 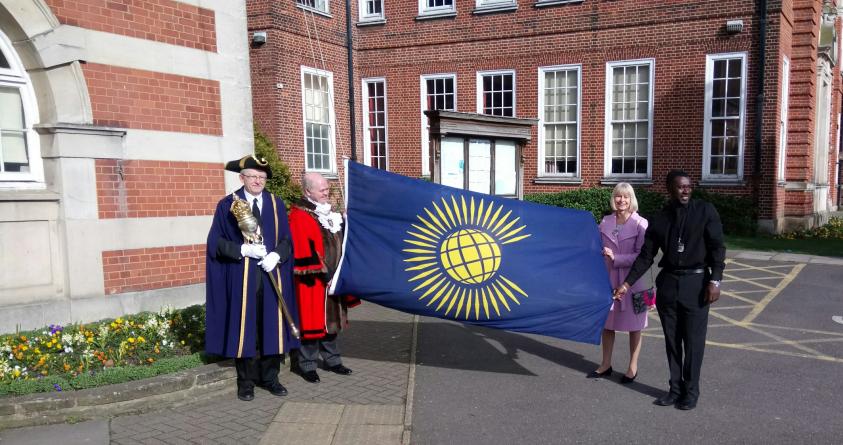 This morning (13 March) the Mayor raised a Commonwealth flag above Hendon Town Hall – Mayors, local authorities, pupils and students, Ex-Servicemen and many others around the world also raised more than 950 Commonwealth flags at 10am.

Commonwealth Day promotes international co-operation and an understanding of global issues, whilst also promoting the work of Commonwealth organisations.

Prior to raising the flag, the Mayor read a specially written ‘Commonwealth Affirmation’.

The Worshipful the Mayor of Barnet, Councillor David Longstaff, said: “I am proud to have continued the tradition of raising the flag and to participate in and mark Commonwealth Day, showing our friendship and shared values with those countries.

“It was a privilege to raise the flag outside Hendon Town Hall celebrating the diversity of both the Commonwealth and those living within the borough.”

The Secretary-General of the Commonwealth of Nations, The Right Honourable Patricia Scotland QC, said: “At a time of increasing instability and uncertainty in the world, the Commonwealth family of nations in its rich diversity becomes an ever more-needed source of strength and hope for all its members.”