In recent months primary school children have been taking part in a revolutionary project aimed at getting pupils fit, active and improving concentration. 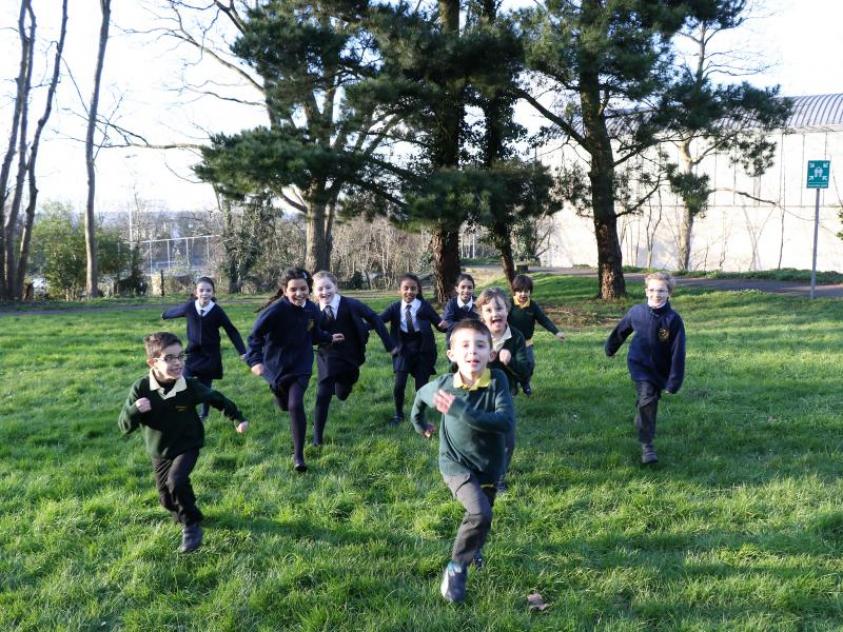 Since October last year two schools in the borough have taken part in a pilot of the Mayor of Barnet’s ‘Golden Kilometre Challenge’.

The challenge is aimed at getting primary school children running or walking at least one kilometre every school day in addition to the school’s normal curriculum.

The scheme is similar to the ‘Daily Mile’ project run by a school in Stirling which is acknowledged to have had a marked improvement on children’s health, fitness, and concentration and behaviour in the classroom.

On Wednesday 24 February, pupils and staff from Grasvenor Infant School and St Andrew’s Primary School attended a tea party with the Mayor of Barnet at Hendon Town Hall in recognition of their efforts.

The challenge is now being expanded with primary schools across the borough being encouraged to take part.

The challenge asks schools to map out a one kilometre route near the school, perhaps in a nearby open space, or around the school’s grounds, and use this to complete their daily walk, run, skip or jog.

Children at Grasvenor Infant School in Underhill used their daily walking bus to mark out one route, mapped out another circuit in the streets around the school and a third one kilometre route around the nearby King George Playing Fields.

Pupils got involved in measuring routes using a variety of methods ranging from measuring wheels to a smart phone app.

Pupils at St Andrew’s Primary School in Totteridge took part in the challenge by marking a route out in their playground which they can run around each day.

The schools taking part have noticed improved classroom behaviour and consumption of food at lunchtime and the fitness and stamina of less confident children.

The initiative is being supported by the council’s Public Health team and Sport and Physical Activity team, Middlesex University, Saracens Sport Foundation and the Barnet Partnership for School Sports.

The London Sport Institute at Middlesex University will be periodically monitoring the progress of the pupils taking part throughout the challenge to help understand the health benefits of daily exercise for school pupils.

The Mayor of Barnet said: “I would like to congratulate all the pupils and staff who have put so much effort into taking part in the challenge.

“The challenge is a fantastic way of encouraging our children to keep fit and healthy and leave them energised and ready to learn.

“I would like to encourage as many other schools as possible across the borough to now get involved and take up the challenge over the coming months.”