A shop owner has had his alcohol licence revoked and has surrendered a licence for a second business after an operation involving specialist sniffer dogs led to the seizure of thousands of pounds of illicit alcohol and tobacco from a hidden storeroom. 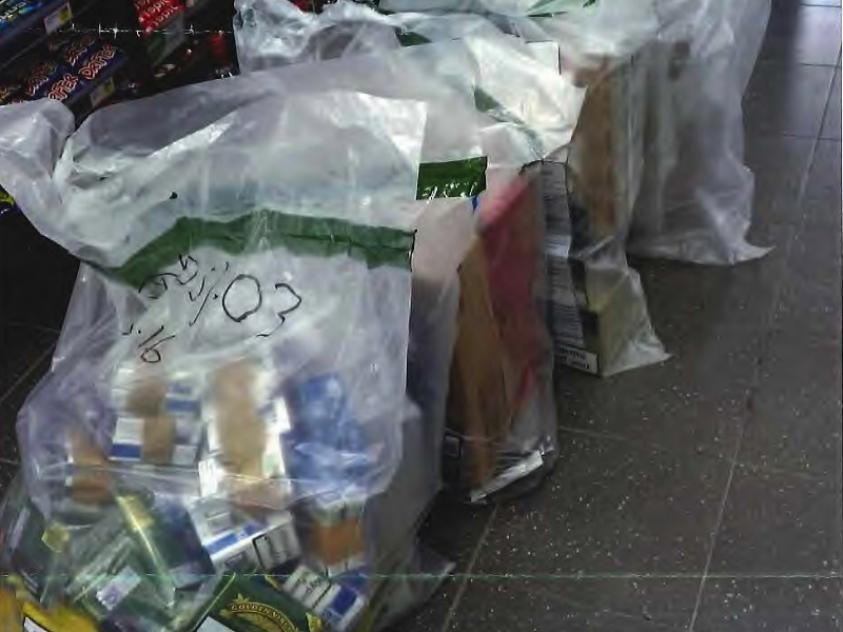 The operation involving Barnet Council Trading Standards officers, HM Revenue and Customs officers, the police and detection dogs from Operation Wagtail, led to the seizure of thousands of pounds of tobacco and alcohol from the Deansbrook Supermarket in Deansbrook Road, Burnt Oak, and from H&S International Foods a few doors away.

In total, officers from HMRC took away 14,000 cigarettes, around 12kgs of hand rolling tobacco, and more than 100 litres of wine and spirits found to have had no UK Duty paid on them.

Premises licences for both of the businesses were held by the same licence holder, Mr Kishan Hirani.

At a hearing of Barnet Council’s Licensing Sub-Committee on 14 September last year, committee members agreed to revoke the premises licence for the Deansbrook Supermarket following the operation.

A further hearing to consider the licence for H&S International Foods was due to take place on 16 December but prior to the meeting the licensee voluntarily surrendered the licence for the business.

On the day of the operation in June, officers simultaneously visited both of the shops. During the search of the Deansbrook Supermarket, a sniffer dog was drawn to a rug on the floor of storage area near the back of the building.

When the carpet was pulled back it revealed a hatch to a cellar storeroom containing thousands of non-duty paid cigarettes, tobacco and alcohol.

The licensee told officers that he had bought the stock from a “white van man” and was unable to provide any invoice documenting how the alcohol and tobacco was purchased.

It is estimated the value of the products was between £3 - 4,000. The stock was seized by officers from HMRC for it to be disposed of.

Councillor Dean Cohen, Chairman of the Environment Committee, said: “The operation involving Barnet’s Trading Standards team led to the seizure of a sizable amount of non-duty paid alcohol and tobacco and prevented it from being sold on to the public.

“In this case the licence holder showed a blatant disregard for licensing regulations.

“Anyone attempting to sell alcohol and tobacco in this way can expect to be caught and for action to be taken against them. If the origin of alcohol or tobacco isn’t known, there is always a risk it could be counterfeit and potentially be hazardous to health.”

The licensee has appealed against the revocation of the licence. In accordance with legislation, the Deansbrook Supermarket is permitted to continue using its licence pending the outcome of the appeal.