Barnet’s Japanese community celebrated its special relationship in the borough during an event at Hendon Cemetery on Saturday July 30th, 2016. 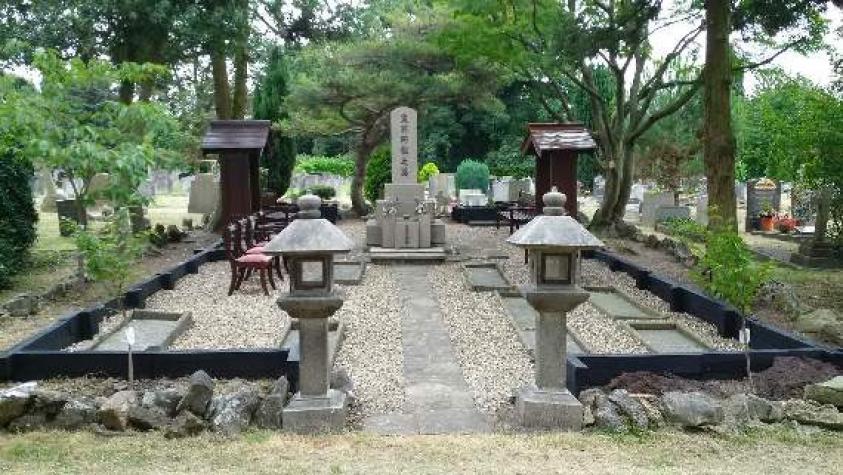 The Japanese Deputy Prime Minister and Minister for Finance, Taro Aso, attended the celebration event to mark 80 years of partnership between the Japanese Residents Association and Hendon Cemetery as well as the Japanese Ambassador to Britain, Koji Tsuruoka, and the Chairman of the Japanese Association in the UK, Keisako Sanu.

The Worshipful the Mayor of Barnet, Councillor David Longstaff, and Barnet Council Leader, Councillor Richard Cornelius, represented the borough and Vicar Tom Plant, St Michael's Church, Parish of Old St Pancras also attended the ceremony at Hendon Crematorium which is managed by Re*.

The ceremony was arranged in recognition of the significant number of Japanese residents living in the borough. During the period 1970 – 2000 when the Japanese economy was expanding, the population of Japanese people living in north London increased dramatically.

The Japanese section of the cemetery is adorned with traditional Japanese plants including Japanese maples, cherry blossoms, trees and cedar trees along with stone lanterns and the main gravestone which were all shipped directly from Japan to the UK. Members of the Japanese Residents Association have taken on the responsibility of the upkeep of the site, regularly cleaning it and performing weed removal.

The site also plays host to annual events including “Bon” day, also known as ‘day of the dead,’ an annual Buddhist event which honours the spirits of those buried at the cemetery.

Coincidentally, the Deputy Prime Minister’s grandfather helped open the cemetery 80 years ago during a special visit in 1935.

“I am delighted to be welcoming members of the Japanese parliament and wider community to Barnet on this special occasion.

“The fact so many Japanese families choose to make Barnet their home and spend their final days here is testament to our diverse borough of which I am very proud.

“I look forward to continuing our strong relationship with the Japanese community for years to come.”

*Re is a joint venture between Capita and Barnet Council.