Landlord ordered to repay more than £220,000 in ill-gotten gains

A landlord who illegally subdivided a house into four flats without planning permission has been told by the courts he must handover more than £220,000 in ill-gotten rental income. 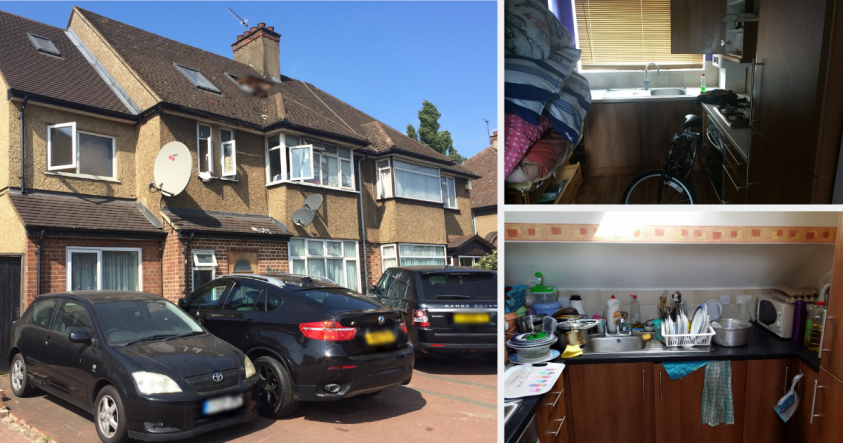 Mehdi Amrollahi, 58, of Hendon Way, Childs Hill, who is thought to have left the country, was ordered in his absence to pay £223,751.31 under Proceeds of Crime Act legislation after a hearing at Harrow Crown Court.

Investigators from the council’s Corporate Anti-Fraud Team (CAFT), working with Planning Enforcement officers, were able to use the Proceeds of Crime Act to bring confiscation proceedings based on the significant income generated from renting out the flats for almost six years, flats which never had the necessary planning permission.

Proceedings were brought despite Amrollahi absconding and leaving the country before the council could conclude a prosecution for planning offences, the first time the authority has taken this approach.

A warrant for Amrollahi’s arrest had been issued in 2017 after he twice failed to appear in court to answer charges for the planning offences.

The financial investigation involved proving that Amrollahi had absconded from criminal proceedings and obtaining evidence from a range of sources in what turned out to be a complex case.

Amrollahi has three months to repay the money or he will face a default jail term of two years and nine months.

The court heard how Amrollahi converted the property in Hendon Way, Childs Hill, into self-contained flats without any planning permission. When enforcement officers visited, they found the semi-detached home converted into four poorly converted flats.

After having a retrospective planning application for the changes turned down, he was told he must restore the property to a single dwelling by the end of January 2013.

Despite this, Amrollahi went on to repeatedly ignore the enforcement notice and communications from the council requiring him to return the property to a single home.

At the hearing on 12 March 2019, the court made a confiscation order for £223,751.31 based on the rental income Amrollahi would have derived from the illegal subdivision. He was also ordered to pay £7,164.85 in costs.

The Leader of Barnet Council, Councillor Richard Cornelius, said: “This is a very sizable confiscation order made by the courts, and sends a very clear message to landlords who are intent on brazenly ignoring planning regulations in order to profit from illegally sub-dividing homes in this way.

“It is totally unacceptable for people to flout the rules, and those contemplating something similar can rest assured that our planning enforcement team and financial fraud investigators will take the action necessary.”