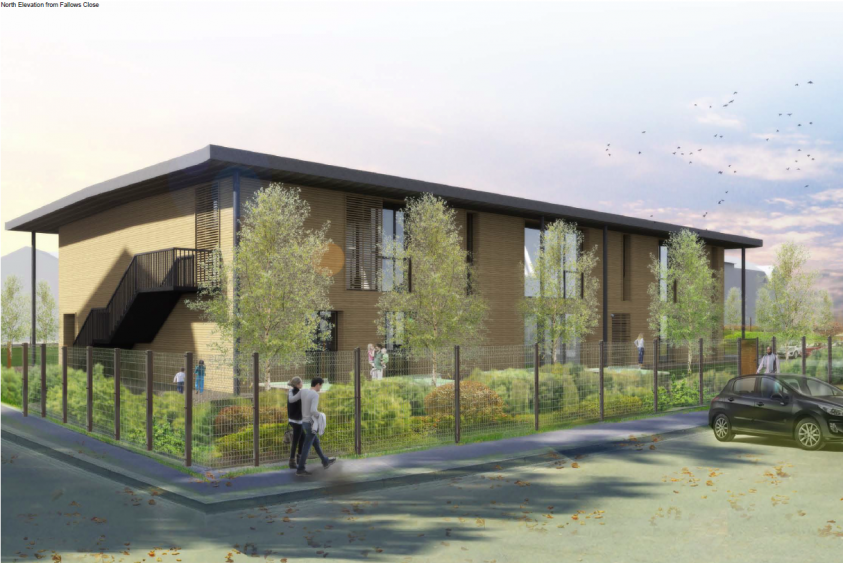 The Tarling Road Community Hub will replace the Old Barn community centre and create a brand new facility which will provide a shared space for local community groups.

Plans also include new play facilities, improvements to the green space and flexibility for nursery provision.

Once built, one of the community groups which will use the new centre will be the Somali Bravanese Welfare Association (SBWA).

The SBWA were based at the community centre in Coppetts Road, but in June 2013 the building was destroyed by fire following an arson attack. The group have been based at Barnet House in Whetstone since then.

Proposals for the Tarling Road Community Hub were developed in close consultation with residents. This included two public exhibitions to showcase how the building might look which were attended by around 100 people.

A further event to highlight the potential activities and groups which might use the building, alongside the designs for the centre, was attended by around 70 residents.

The council will now work closely with residents to appoint a management organisation to run the centre and develop a schedule for how the space will be used.

Barnet Council’s Chief Executive, Andrew Travers, said: “This is an excellent opportunity to create a new and improved centre for the whole community, and a great deal of work has gone into making sure the centre works for everyone.

“One of the groups which will be using the new centre will be the Somali Bravanese Welfare Association, and this is an important step for them, coming almost three years after fire destroyed their previous base in Coppetts Road.”