Brent Cross Shopping Centre, London’s first and most iconic retail destination is to undergo a £1.4bn redevelopment as its owners Hammerson and Standard Life Investments begin a major public consultation to ensure it meets the needs of its shoppers for the future. 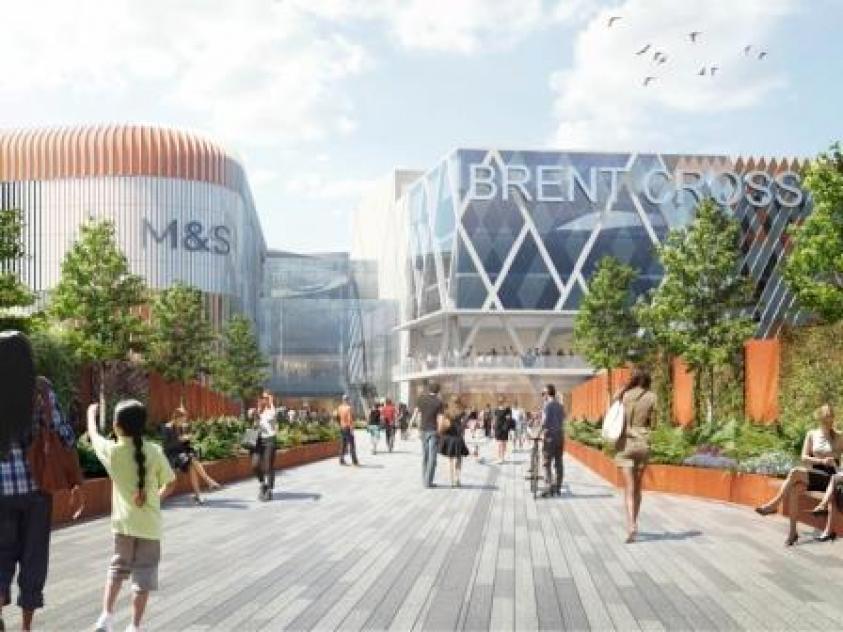 Having revolutionised retail when it opened 40 years ago, the proposed plans to transform the centre form the main element of Brent Cross London, ahead of submitting a detailed planning application. The scheme is part of a larger £4.5bn regeneration plan for Brent Cross and Cricklewood, for which Hammerson and Standard Life Investments already has outline planning consent, granted in 2010.

The plans will renew and revitalise this significant area of North London into a new urban quarter.  The main elements of Brent Cross London which will be the focus of the public consultation and the detailed planning application include:

Whilst doubling the size of the existing shopping centre, the new scheme will retain John Lewis and Fenwick stores, and also deliver a new Marks & Spencer anchor store. All three were part of the original Brent Cross when it opened in 1976.

In order to ensure the scheme remains relevant to the changing retail and consumer demands, the new centre will attract leading international and UK brands alongside space for local and pop-up businesses and concept stores to test consumer appetite for the latest trends.

A major new addition will be the creation of a market level on the upper floor paying tribute to London’s popular foodie heritage. Set to be a destination in its own right with restaurants, food stalls and producers, the architecture for this quarter will be inspired by the urban markets in Europe.

Brent Cross London will also benefit from an enhanced Sturgess Park, a main town square and riverside landscaping delivering new pedestrian routes.  A new living bridge and a green landscaped boulevard will span the North Circular creating a walkway for people from Brent Cross London to the wider regeneration taking place to the south of Brent Cross London for the very first time.

The southern element of the wider regeneration plan, which includes almost 6,700 homes, new parks, offices, and community facilities, is being delivered by a joint venture between Argent Related and Barnet Council.

Councillor Richard Cornelius, Leader of Barnet Council, said: “Brent Cross London forms a vital part of our regeneration scheme which will see this part of London become a thriving new neighbourhood. The scheme already has outline planning consent and I am confident that the new shopping centre, along with the new station and the development to the south of the A406, will breathe new life into this area as well as creating thousands of new jobs.”

As part of the detailed design process Hammerson and Standard Life Investments want to understand what shoppers and the local community love about Brent Cross and how the transformed centre can continue to capture its iconic London heritage. Following feedback, the detailed planning application will be submitted to the London Borough of Barnet in Spring 2017.

The public consultation will be held from 3 November through to 8 November at the following times and dates:

Peter Cole, Chief Investment Officer for Hammerson, said: “Brent Cross has been an iconic part of retail in London and the local community for 40 years. The challenge we have set the design team is to create a destination for the best global brands and experiences and at the same time still retain Brent Cross’ distinctive character and personal touch which can be enjoyed by future generations.”

James Stevens, Head of UK Development, Standard Life Investments, commented: “Our plans for Brent Cross London are exciting and ambitious.  We really welcome feedback as this is a major investment and we want to make the most of the opportunity to enhance one of London’s best-loved shopping destinations.”

A new website (www.brentcrosslondon.co.uk) has also been launched providing key information about the plans and a further opportunity for people to provide feedback to the project team.