We would like to say a big well done and thank you to everyone from the borough of Barnet who was awarded in the Queen’s New Year’s Honours this year. 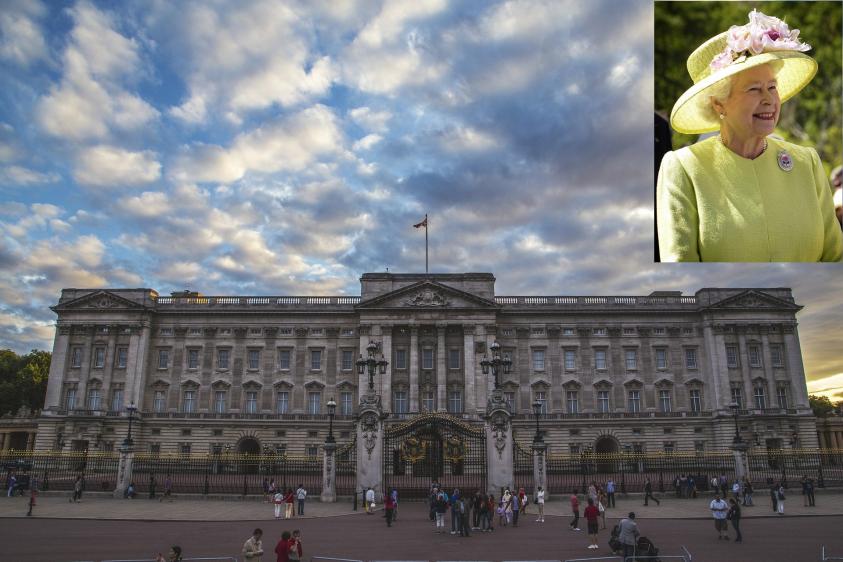 The Queen and Buckingham Palace

They were recognised for their achievements, and for their charity work, and we would like to say on behalf of the borough that it is much appreciated.

The following people were awarded the British Empire Medal:

For services to the community in the London Borough of Barnet

Ms Fulton is a former barrister who left her legal career to help disadvantaged people. When she first began this work in 2005, it was through the creation of an audio magazine for the blind. For over 13 years she has never missed an episode of this magazine, which is released monthly and distributed all over the country.

She volunteered for a charity called the Reader, an award-winning charitable project that works to connect people through shared reading. When the charity was no longer able to employ a paid employee for the Barnet region, she stepped in to do the work of running the Barnet branch of the Reader on a volunteer basis. Under her leadership the branch has expanded from 12 groups to 30, serving over 200 people, with over 30 volunteers.

For services to Holocaust Education

Mr Marx is a speaker at schools and to adult groups. He has spoken at the site of Maly Tostenets, a village near Minsk in Belarus which was the site of a German extermination camp. Most of his family perished at the site. He considers it to be a personal responsibility to ensure that people are aware of the stories of this and other lesser known camps.

He frequently goes to Cologne at the invitation of the Ober Burgermeister to speak to the school children there. He has also taken part in inter-generational panels talking to synagogue groups on the impact of the Holocaust on subsequent generations.

She was born in Breslau Germany (now Wroclaw in Poland, in July 1938). Her parents were both dismissed from their careers in the legal profession because they were Jewish. On Kristallnacht (9th November 1938), her father was arrested and sent to Buchenwald Concentration Camp. Her mother managed to persuade an official at the Gestapo Headquarters to give permission for Marianne's father to live and work in England. She and her mother were able to join him in February 1939.

Mr Summerfield has shared his story of being a Jewish refugee from Nazi Germany with community groups, religious organisations and local authorities. In the last five years he has engaged with over 5,000 adults and students.

He was born as an identical twin in Berlin in 1933, four months after Hitler came to power. His parents were already suffering from the restrictions placed on Jewish people by the Nazis and from 1936, they tried to find a country which would accept the family as immigrants. In August 1939 the family was finally able to escape Berlin on the last train before war was declared. However, all their possessions and luggage were stolen so they arrived in England in August 1939 penniless and with only their hand luggage.

For voluntary service to Hinduism and Developing Young People

Mr Mansukhlal Chhatralia established the youth wing of an organisation called Satkarma Humanitarian Youth Awakening Mission (SHYAM) while working full-time as an international lawyer. Over the past ten years, he has built the youth wing of SHYAM from scratch to reach a membership of over 3,000. His online leadership skills and empowerment seminars have inspired a global online audience, resulting in SHYAM gaining 320,000 Facebook fans.

He volunteered over 300 hours to set up the SHYAM's Speakers Network where he has personally trained over 50 speakers to conduct over 200 speeches on topics relating to self-development. He has authored 21 books on Hinduism and personal development which have been distributed free of charge and read by approximately 10,000 people in the UK.

Mr Goldberg has shared his experience of the Holocaust with almost 11,000 adults and children in the past five years alone. He regularly addresses community groups, religious organisations and local authorities in a bid to educate the wider public on where hatred, prejudice and anti-Semitism can lead.

He has spoken at numerous government departments, as well as London's City Hall. Two years ago he accompanied the Duke and Duchess of Cambridge on their visit to Stutthof Concentration Camp. He shared his recollections of the time he and members of his family spent there with them as they walked through the camp together.

For services to charity

Ms Greenwood created and delivered the celebration of the Institution of Civil Engineers' (ICE) 200th Anniversary. The ICE 200 Exhibition was seen by over 25,000 people in London and 40,000 on tour in the North of England. Over 100,000 people visited the various exhibitions overseas.

From 1991-2002 she was involved in fundraising and other projects such as The Art Room, Oxford, as Founder Development Director; the same role for the Hampstead and Highgate Festival; and also as a fundraising consultant for Northern Ballet.  As Director of Capital Appeal at The Mulberry Bush School in Oxford from 1997-2004, she led a £4m redevelopment of this residential school for its 50th anniversary. As Development Director of the Tricycle Theatre in Kilburn from 2007-10 she secured £1m of statutory funding and other additional income generation of £500,000 from various other sources.

From 2011-15 she was founder Chief Executive of The Mayor of London's Fund for Young Musicians, providing gifted children from disadvantaged backgrounds opportunities to develop their musical potential.

For services to Holocaust Education

Mr Brent has spoken at The Association of Jewish Refugee’s (AJR) Holocaust Memorial Day (HMD). He was instrumental in ensuring that AJR placed a plaque in the grounds of the school at Bunce Court set up by Anna Essinger, which he attended.

Ms Essinger relocated her school from Germany to England in 1933, helping its 66 children, mostly Jewish, escape the Nazis. She established a reception camp for 10,000 children sent to safety in England on the Kindertransports during the Second World War.

Mr Brent was ferried to England on the first Kindertransport and remained in England after hearing of the execution of his parents, becoming a British citizen. He served in the British army from 1943 until 1947. He regularly talks about his experiences to teach others.

He is also notable within the world of science for co-discovering acquired immunological tolerance with Peter Medawar and Rupert Billingham, which helped pave the way for organ transplantation.