A public exhibition showcasing the RAF’s long and proud history in the borough was launched at Hendon Town Hall this week. The exhibition is being staged to commemorate the centenary year of the Royal Air Force. 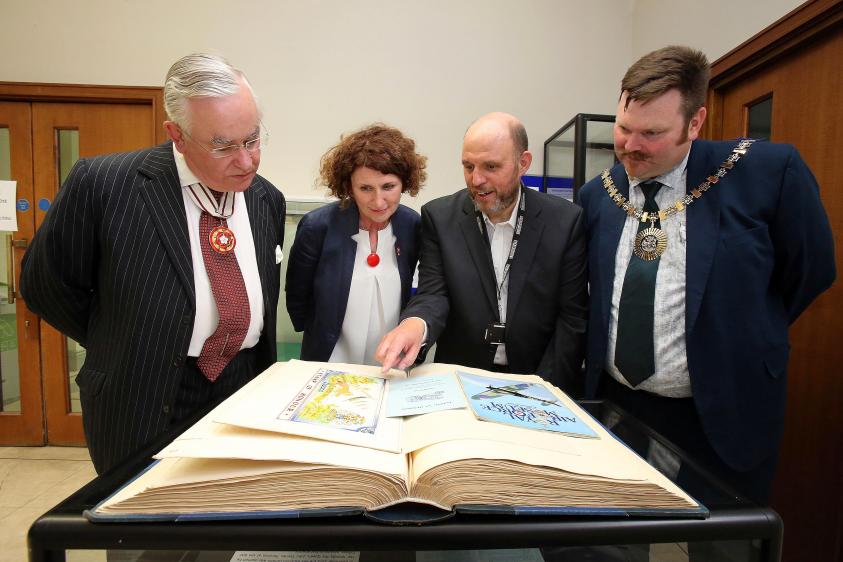 The free exhibition, which tells the story of the borough’s deep-rooted connection with the RAF, will be open to people from Monday to Friday, between 8am and 9pm.

The RAF has a long and distinguished history in Barnet, dating back to the early days of aircraft manufacturing, to the significant role played by RAF Hendon Aerodrome during World War II, where the aerodrome acted as an important centre of aviation.

To mark the centenary and Barnet’s association with the RAF, Barnet Council has organised an exhibition of some of the material held by the council’s archives department.

The exhibition was launched by The Worshipful the Mayor of Barnet, Councillor Reuben Thompstone and attended by representatives of the Council, the RAF Museum, Deputy Lieutenant Martin Russell and Hendon Ward members.

The Worshipful the Mayor of Barnet, Councillor Reuben Thompstone, said: “With Armed Forces Day soon approaching, it’s important to be reminded of the vital role that Barnet played throughout World War II.

“Barnet Council’s long-standing relationship with the RAF is one that we are rightly proud of. I can’t think of a more fitting way to commemorate the indelible link that exists between the RAF and our great borough.”