Smashed up pieces of furniture, old mattresses and a broken TV. You wouldn’t stand for this rubbish being dumped in your front garden; yet this is a daily occurrence on the streets of Barnet. 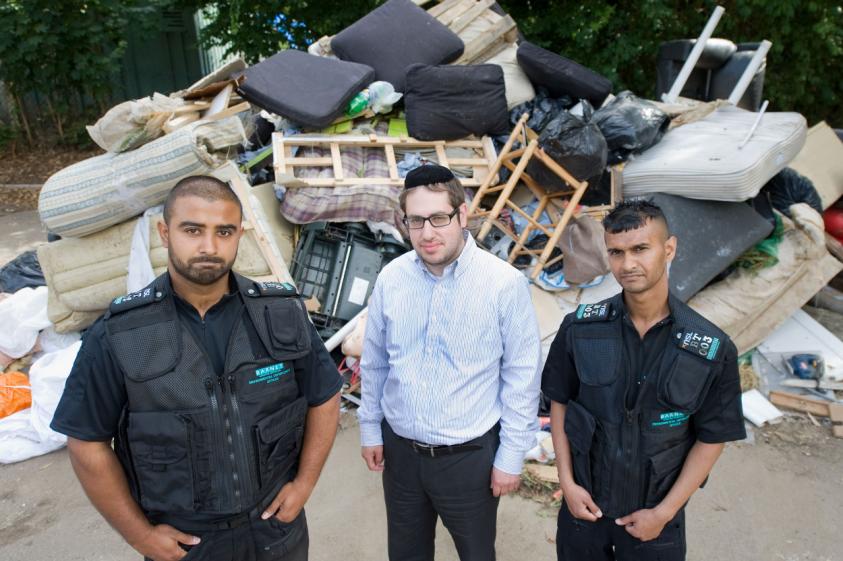 These pictures demonstrate how much fly tipped waste is left on our streets each day.

The latest resident perceptions survey showed that 85 per cent of residents felt the appearance of their local environment was important to them.

In response to this, Barnet Council is launching its #KeepBarnetClean campaign, a six-month trial programme across the borough to crack down on environment-crimes such as littering and fly tipping.

From July 25th, a dedicated team of enforcement officers will patrol well known litter hotspots in the borough and investigate fly tipping incidents as well as make sure businesses are disposing of their waste correctly.

Councillor Dean Cohen, Chairman of Barnet’s Environment Committee, said: “As our pictures demonstrate, in the course of just one day we have collected three truck-loads of fly tipped materials.

“Our new campaign says to anyone who lives in, works in, or visits Barnet that we take pride in our streets and that littering and fly tipping is completely unacceptable.

“If you litter in Barnet, it is a crime and you will be issued with a £80 fixed penalty notice. If you are caught fly tipping, you will be prosecuted.”

Residents are being encouraged to report litter and fly tipping hotspots through the council’s report a problem page on the website. This information will be used to target enforcement action in the future.

As part of the campaign, residents are also being encouraged to organise community litter picks in their local area during September.  To register for a litter pick, please email parks@barnet.gov.uk

What Environmental Crimes will lead to me receiving a Fixed Penalty Notice (FPN)?

• Litter  (Dropping litter anywhere is an offence. Litter is everything from food packaging to cigarette butts and chewing gum. Please use a bin.)

• Dog Fouling (If your dog fouls in a public place and you fail to pick it up it, it is an offence.)

• Fly tipping (Fly tipping is the illegal dumping of waste. It can vary in scale significantly, from a bin bag of rubbish to larger bulky waste items dumped, such as mattresses or white goods)

• Graffiti  (Words or drawings, which are written, painted, sprayed or scratched on the surface of any property. Graffiti is illegal, spoils both public and private property and can be very costly to remove)

• Fly posting (Refers to putting posters on trees, street furniture, post boxes, walls, buildings and telephone boxes without the permission of the Council)

• Commercial Waste Duty of Care – (Businesses have a duty care to ensure that their waste is removed by a licensed waste carrier.  If we suspect that a business is not dealing with its waste correctly we can issue a notice requiring the production of waste transfer documents. Failure to produce the documents results in the issue of a fine)

Facts about keening our streets clean

•  We have over 3000 litter bins across the borough