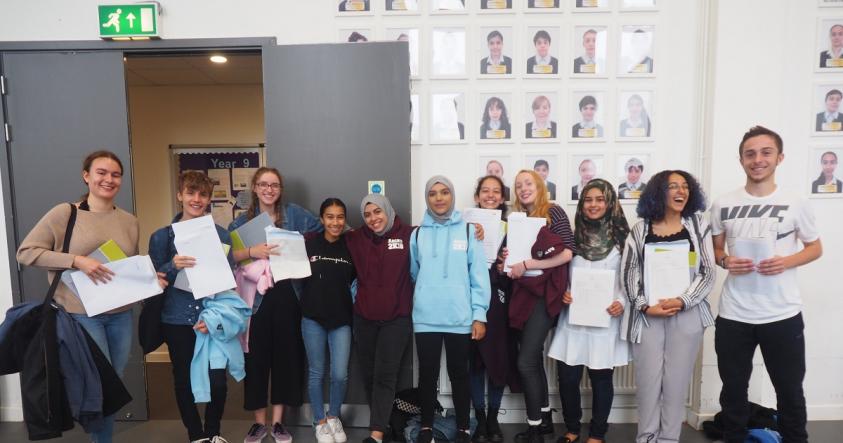 image of students getting exam results

Provisional results released by the Department for Education last week, show Barnet was ranked second highest in the country based on Progress 8 scores which gauge the progress made by each student during their time at secondary school.

Barnet was behind The Isles of Scilly which had only 14 students sitting exams this year.

The average Attainment 8 score, which is a way of measuring pupils across eight qualifications including Maths and English, saw the authority ranked fifth highest nationally.

The number of Key Stage 2 pupils reaching the expected standard in Reading, Writing and Maths rose, placing Barnet eighth highest in the country, while the number of students achieving three or more A grades at A Level resulted in Barnet being placed as sixth best performing authority in the country.

Councillor David Longstaff, Chairman of the Children, Education and Safeguarding Committee, said: “It is absolutely fantastic to see Barnet leading the way nationally. It really shows the quality of the schools we have in Barnet and the teaching they offer.

“The results are testament to the tremendous hard work put in by pupils, teachers and all of our school community.

“We are very proud of all that they have achieved.”

Progress 8 and Attainment 8 scores were implemented as a new way of assessing pupils three years ago.

Progress 8 assesses the progress a pupil makes from the end of primary school to the end of secondary school, with pupils’ key stage 4 results compared to those of other pupils nationally with similar prior attainment.

Attainment 8 measures the achievement of a pupil across eight qualifications including Maths and English. The points allocated according to the grades a pupil achieves for all eight subjects are added together to calculate the score.