Billboards fall foul of the law

A businessman who used a series of cars parked across the borough as advertising billboards for his company has been fined and ordered to remove the vehicles after being prosecuted by Barnet Council’s planning enforcement team. 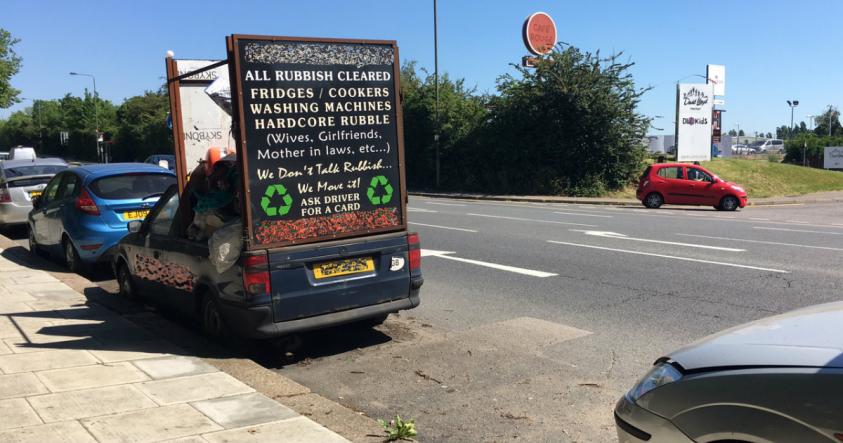 Tony Shaw, 50, of Finchley Road, parked up six cars on busy roads and prominent locations across Barnet to promote his waste removal business. The cars, each fitted with a large billboard attached to the roof, were then left parked in the same space without moving for months at a time.

Despite the cars being used principally as advertising billboards, Mr Shaw failed to apply for any planning permission.

After planning enforcement officers launched their investigation in April this year, they were able to establish the cars were never moved, often covered with an accumulation of dust and debris, and some found to be untaxed.

Councillor Melvin Cohen, Chairman of the Planning Committee, said: “It’s totally unacceptable to use cars in this way to advertise - they’re unsightly, tie up parking spaces, and without any proper permission, break planning rules. I hope this prosecution sends a very clear message to anyone else considering a similar approach to advertising.”

Anyone wishing to report a possible planning breach should contact the council’s planning enforcement team by email or by calling 020 8359 3000.