A trio of blue badge parking cheats have been prosecuted after being caught using fake and cancelled blue badges. 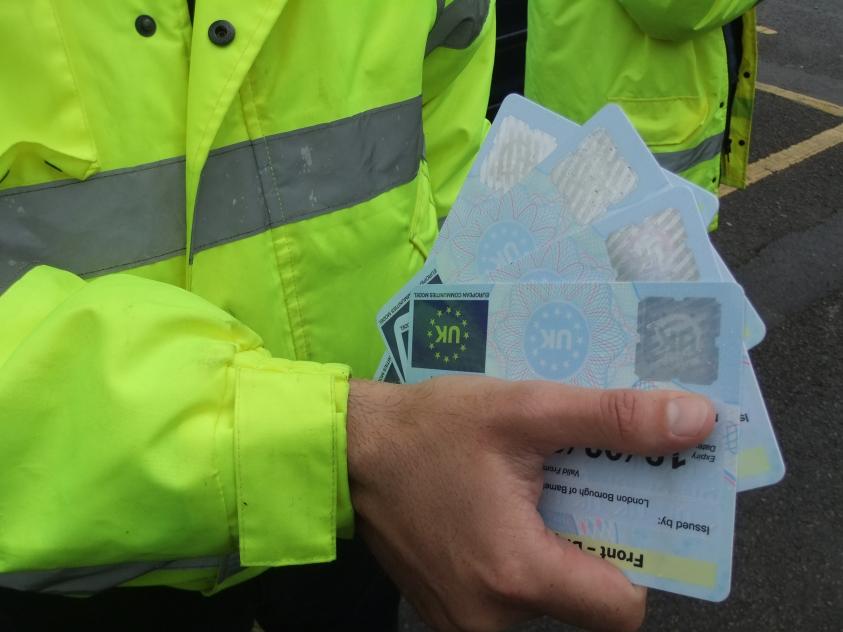 Husband and wife Hamid Taghibeglou, 42, and Maryam Ghasemi, 35, both appeared at Willesden Magistrates’ Court on Tuesday 13 November facing charges of using the same disabled parking permit belonging to a man who had died.

The court heard how investigators from the council’s Corporate Anti-Fraud Team (CAFT) caught Taghibeglou using the badge to park in April of this year.

Checks revealed the badge was no longer valid as the owner had passed away.

Taghibeglou, of Dartmouth Road, Hendon, claimed he had found the badge just two days earlier. He pleaded guilty to a charge of theft by finding, and a charge of wrongful use of a disabled badge. He was fined £700, ordered to pay costs of £500 and a victim surcharge of £50.

Ghasemi, of Holden Road, North Finchley, appeared at the same court on 13 November for blue badge misuse offences. The court was told that prior to Ghasemi’s husband being caught using the badge in April, officers had ticketed a car displaying the same badge after the clock time had expired. Ghasemi was the person who had appealed that parking ticket.

She later admitted in interview using the badge but claimed she did not know whose badge it was, and that it was just in the car.

On the same day Adrian Siwak, 23, of Durban Road, Tottenham, appeared after he was found to be using a fake Polish badge to park.

Suspecting the permit being used by Siwak wasn’t genuine, CAFT investigators contacted authorities in Poland who confirmed that the style of badge he was using was no longer in use.

On the day he was challenged, Siwak drove away from investigators without giving his details. Officers were able to track him down despite him later claiming he had sold the vehicle before the offence was committed.

To coincide with International Fraud Awareness (11-17 November) CAFT officers carried several operations to check badges being used by drivers. They checked 277 badges and from these 16 badges had been identified as being misused. Five of these were cancelled due to being lost or stolen, and five badges were seized by officers.

Barnet Council Leader, Councillor Richard Cornelius, said: “Blue badges are intended for people in genuine need and it’s a criminal offence for them to be misused.

“These drivers were using fake and cancelled badges to park for free.

“Anyone caught using badges such as these, or misusing a genuine permit can expect to be caught and ultimately to face prosecution.”