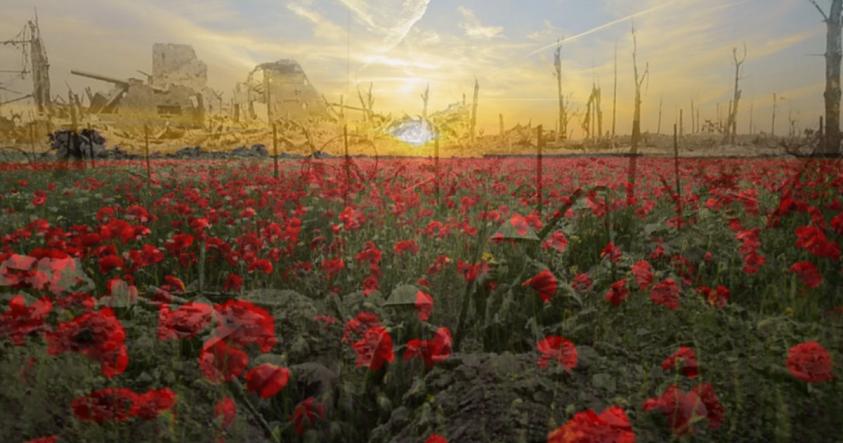 image of poppies growing over world war one trenches

The display in the atrium of the Town Hall offers a fascinating insight into the men who lost their lives in the Great War and the local area’s historical connection to the conflict.

One of the exhibits on show highlights the names of 1,500 local servicemen who fell, listing them by the areas and streets of the borough in which they lived.

‘The Men that Marched Away’ is the culmination of three years of research by Local Studies Centre volunteers who pieced together obituaries from the three local newspapers which were in existence at the time.

Among them was the last local man known to have lost his life in the war – Albert (Bert) Hawkins. Born in Barnet in 1894, Bert died in France at the 35th Field Ambulance Hospital in the final few days of the conflict on 6 November 1918.

One cabinet is also devoted to the heroic actions of L/Cpl John William Sayer VC, from the 8th Battalion The Queen's (Royal West Surrey) Regiment.

L/Cpl Sayer, who lived in Cricklewood Lane, went on to be awarded the Victoria Cross after bravely repelling repeated German assaults against his isolated position at Le Verguier on 21 March 1918. His citation states: ‘Although attacked by rifle and machine-gun fire, bayonet and bombs, he repulsed all attacks, killing many and wounding others’.

He later died as a result of his wounds leaving a wife and six children. He was posthumously awarded the VC in 1919.

The display brings together a number of photographs from the Royal Surrey (Queen’s) Regiment collection.

Newspaper cuttings from the time also chart the return home of servicemen to Barnet, while another displays the contribution made by a number of local Voluntary Aid Detachments (VADs) set up to care for the injured.

Visitors can also learn more about the 100 known memorials in Barnet created after the Great War, including civic memorials, one to horses, and a memorial to German Prisoners of War once interned at Alexandra Palace.

Councillor Reuben Thompstone, Chairman of the Community Leadership and Libraries Committee, said: “As we mark the centenary of the Armistice, this display offers a really interesting insight into the individual stories of the men who lost their lives and the local historical connections with the war.

“The display is on show until January, and I would encourage residents to come long and take a look.”

‘Coming Home’ is on display at Hendon Town Hall and runs until 29 January.