On Sunday hundreds of people attended a ceremony to mark Holocaust Memorial Day. 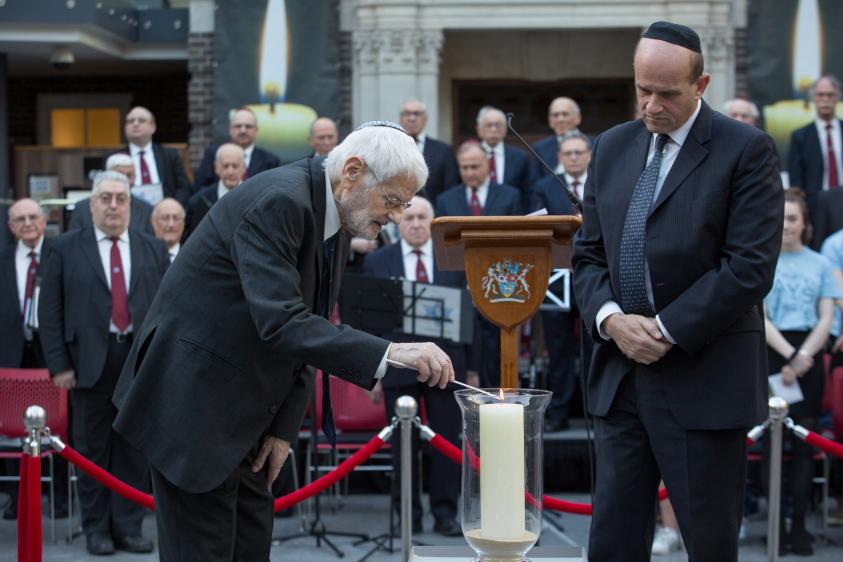 The annual ceremony was held on the 28 January in the Rickett Quadrangle at Middlesex University’s campus in The Burroughs, Hendon.

This year, the theme of Holocaust Memorial Day was the “power of words”.

The service started with the Mayor of Barnet, Councillor Brian Salinger, leading a procession of councillors and dignitaries into the quadrangle ahead of commemorations.

Music on the day was provided by the Barnet Band, The London Cantorial Singers and the Alyth Youth Singers.

At the end of the service, students from the Akiva School gave out Snowdrop bulbs as part Barnet’s project to plant a Snowdrop in memory of every one of the 1.5 million children who died in the Holocaust.

Cllr  Brian Salinger, Mayor of Barnet said “Holocaust Memorial Day remains an important Day in the Council year and I was delighted to host this year’s Remembrance.  My thanks go to each of our speakers and to very many people who attended and contributed to the ceremony at Middlesex University.   The feedback from attendees was very positive. Everyone appreciated the enormous efforts that went in to making it a truly memorable afternoon”