A major regeneration scheme in Barnet was highlighted earlier today by The Prime Minister Theresa May, as a great example of how councils play an instrumental role in ensuring new homes are built. 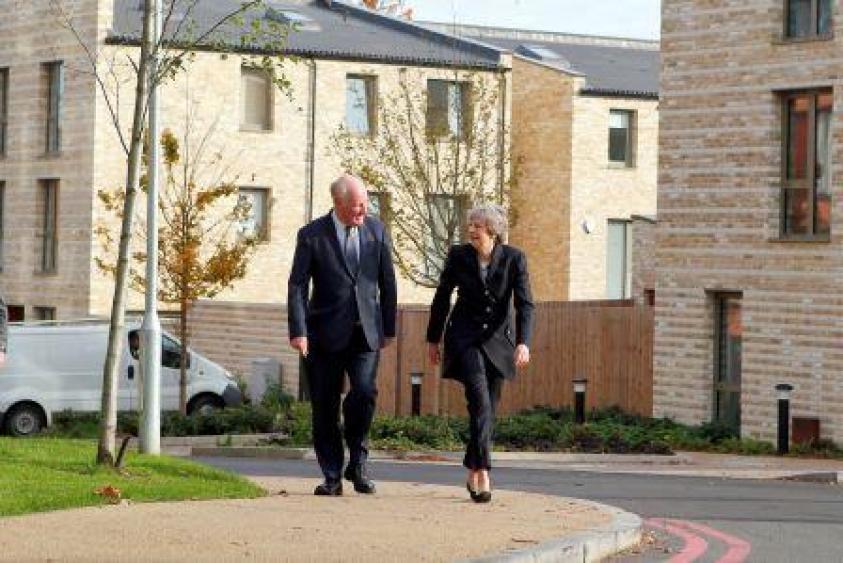 The Prime Minister was taken on a tour of the Stonegrove Estate in Edgware - one of Barnet’s flagship regeneration schemes - where she pledged that is her personal mission to build more homes, more quickly across the UK.

The regeneration of the Stonegrove and Spur Road Estates has created a new integrated community by replacing the existing homes with a new mixed tenure housing development. This includes 999 new homes, 451 of which are affordable, as well as the re-provision of a joint church and community centre.

The Prime Minister visited two residents, Rita Bowden and Val Lay, who have helped shape the regeneration scheme at Stonegrove and Spur Road.

Statistics released earlier today by the Department for Communities and Local Government (DCLG) reveal that Barnet is making good progress in meeting its housing target. The figures show that in 2016/17, Barnet delivered 1,799 additional homes, the 7th highest amongst the London Boroughs.

The Leader of Barnet Council, Councillor Richard Cornelius said: “Today’s figures released by the Department for Communities and Local Government (DCLG) clearly show that Barnet is making good progress in delivering much-needed housing in the borough.

“We know housing is important issue to our residents and we are getting on with building new homes to meet housing need and improve the borough.  We are especially pleased the Stonegrove Estate has been highlighted by the Prime Minister as a great example of how regeneration can improve communities for our residents.

“In Barnet, we are delivering the biggest house building programme in Outer London, with 27,000 homes, including 7,500 at Brent Cross and 10,000 at Colindale – two of London’s major regeneration schemes.

“In the last three years alone, we have delivered 4,770 new homes, and we’re well on our way to building 500 new council homes.”

The Delivering for Barnet programme will see a huge investment in improving homes and neighbourhoods, town centres, infrastructure and community facilities across the borough, including: