Provisional results from 14 of the borough’s 22 state maintained mainstream schools predict that pupils in Barnet are set to once again perform better than the national average. 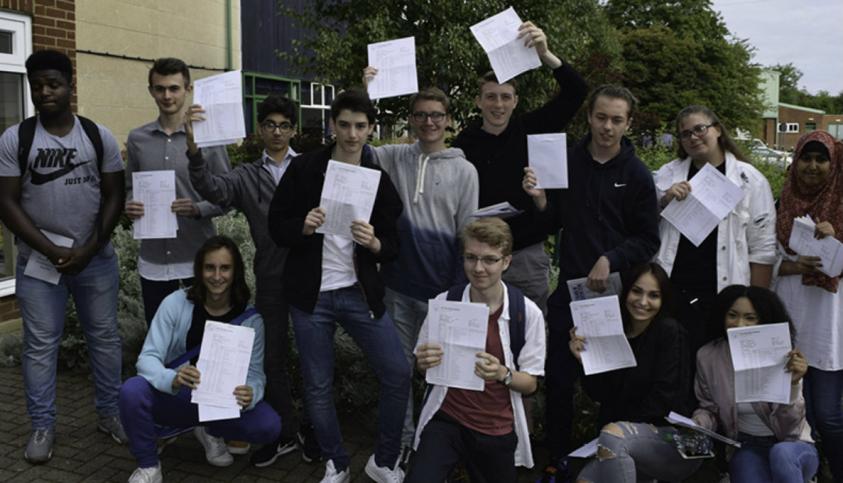 This year sees the introduction of a new nation-wide system for measuring students’ attainment in English and Maths (using a points scale of 9-1) and the second year of the implementation of ‘Attainment 8’, which measures the achievement of a pupil across eight qualifications including English and Mathematics.

Over the next few years, GCSEs in England are being reformed and will be graded with a new scale from 9 to 1, with 9 being the highest grade.

Results so far show the average Attainment 8 score in Barnet is 58 points compared to the national average in 2016 of 49 points.

From the results received so far the proportion of pupils who achieved a standard pass (grade 4 or above) in both English and Maths is currently 82 per cent.

So far in 2017, the proportion of pupils who achieved a strong pass (grade 5 or above) in both English and Maths is currently 66 per cent.

In 2016, Barnet was ranked third in the country for the proportion of pupils who achieved the English Baccalaureate (EBacc), at 44 per cent compared to the national average of 23 per cent.

This measure reflects pupils who achieve an A*-C grade in all of English, Maths, Science, Humanities and a Language. Although the changes to English and Maths grading mean results are not directly comparable, attainment in this measure is strong in 2017 at 47 per cent compared to the national average in 2016 of 23 per cent.

Among those picking up their results today were pupils from The Totteridge Academy.

Matthew Evans, 16, from High Barnet, and Head Boy at the school, achieved three grade 9s, five A* grades and one A. He said: “I was expecting the grades I got because of the mocks we have had over the last two years, but there’s always a bit of anxiety at the back of your mind that something has gone wrong. It’s a big relief to have it over with. I am going on to Woodhouse College and then hopefully to Imperial or LSE after that.”

Maciej Gutowski, 16, from High Barnet, received two grade 9s, one grade 6, 4 A* and 3 A grades. He said: “I saw everyone else opening theirs and it gave me the courage to open mine. I only started worrying about it in the last few days but when I opened them I was just shocked when I saw what I had got, it felt really good. It’s been a lot of hard work.”

She said: “I moved here from Italy so I did not know English two years ago. It has been a lot of hard work. You think the day isn’t going to come. When I arrived this morning I was sure I was going to cry, but I’m really happy.”

Chris Fairbairn, Principal of The Totteridge Academy, added: “I feel incredibly proud of what we’ve achieved this year. Our fantastic grades are a reflection of the relentless hard work of the students and the staff at The Totteridge Academy, as well as the invaluable support of United Learning. It has been a privilege giving the students their well-deserved results and celebrating their success. The commitment and enthusiasm that they have shown will stand them in good stead for the future and inspire the younger students here to follow their lead.”

Councillor Reuben Thompstone, Chairman of the Children, Education, Libraries and Safeguarding Committee, said: “Well done to all of our students collecting their GCSE results this year. This year’s results are the culmination of a great deal of hard work from pupils and school staff.

“Once again Barnet schools have performed extremely well and we are very proud of what they have achieved.”

The new grades are being brought in to better differentiate between students of different abilities. English language, English literature and Maths are the first subjects to be graded on this new scale in 2017. A grade 4 will be broadly equivalent to a standard pass (similar to the previous C grade), and a grade 5 is broadly equivalent to a strong pass (similar to a strong C grade, or weak B grade).