Provisional A level results from 17 of the 19 Barnet schools with a Sixth Form show that students across the borough are once again set to be celebrating exam success. 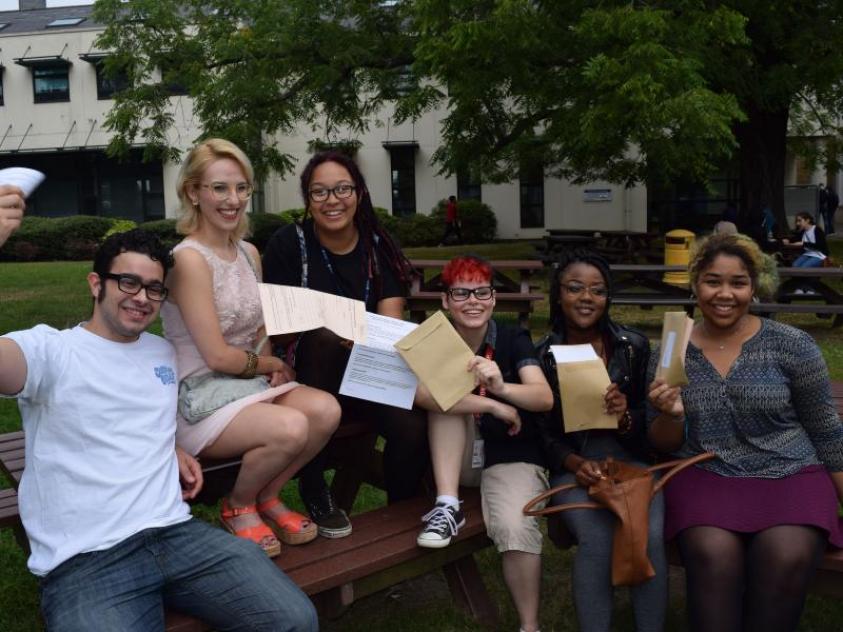 Based on these same 17 schools last year this shows an improvement on the 2015 results at A* to C and A* to E:

Among the hundreds of pupils in Barnet collecting their results today was 19-year-old Sandy Kershaw Brown from Barnet who achieved three A* grades and an A* in her EPQ.

Sandy said: “I found out my results online this morning as I had been up for hours. I had to get somebody else to check for me, as I couldn’t look. But it was fine in the end. I will be starting a degree in Classics degree at Lady Margaret Hall, at Oxford University later this year.”

Also collecting her results from Woodhouse was 18-year-old Jenni Luckit from Whetstone.

She achieved two A grades, one at AS Level, and one B. She is now set to embark on three-years of study in France to pursue her passion for theatre.

She said: “I was really nervous all last night, I thought I wasn’t going to get the grades.  I decided to wait to pick up my results rather than doing it online, I suppose you only get that moment once. There’s so much expectation that it really makes you nervous. I am going off very soon to Paris to study musical theatre and I’m really, really excited about it.”

At Whitefield School in Cricklewood, Assistant Headteacher Fiona McCloskey highlighted particular success stories among the students. She said: “One of our students Abishek Upreti came to the UK in 2009 speaking very little English, and today he received a grade A in Mathematics, A in Physics and a B in Chemistry, securing his place at the University of Sheffield to study Physics.

“Another one of our students Florina Cretu joined Whitefield in Year 9, having just come to the UK from Romania, and did not speak a word of English. Today she received an A* in Psychology and B in Biology and she is off to City University to study Psychology.

Councillor Reuben Thompstone, Chairman of the Children, Education, Libraries and Safeguarding Committee, said: “Results day is the culmination of a tremendous amount of hard work by pupils across Barnet, as well as the dedication of staff and the whole school community. These results are testament to the very high quality of our schools.

“I would like to congratulate all those students who have collected their results and wish them every success for the future. We are extremely proud of all that they have achieved.”