A Hendon-based sporting organisation has been recognised this week, receiving the most honourable award attainable from the London Borough of Barnet Council. 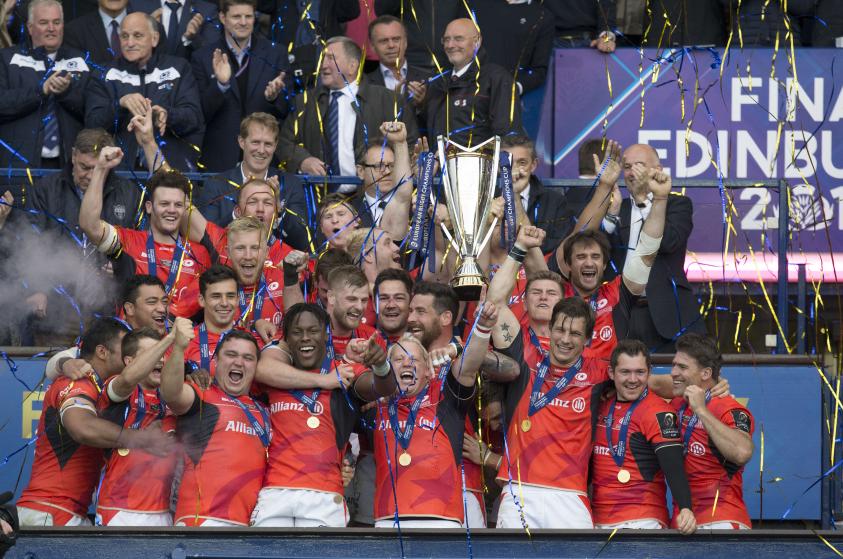 In an Extraordinary Council Meeting held earlier this week, council members voted in favour of bestowing Saracens Rugby Football Club with the Honorary Freedom of the London Borough of Barnet.

The award was presented to reigning champions of the European Rugby Champions Cup, in recognition of the club’s sporting success, and for the way in which the club has been able to bring Copthall Stadium (Allianz Park) back into full use by the club and the community.

Leader of Barnet Council, Councillor Richard Cornelius, said: “Since moving here, Saracens have not only brought use back to Copthall Stadium, but they have made themselves part of our community.

“In addition to bringing international fans and coverage to our borough, Saracens continually support community events and the Mayor's charities, showing a real willingness to help and improve the area they are based in.

“The generous way in which they have contributed is an example for all organisations, and the London Borough of Barnet celebrates their part in the continuing success of our borough.”

Saracens Rugby Football Club Chairman, Nigel Wray, said: “To be awarded Freedom of the Borough, makes us as a club, incredibly proud. We cherish the fact that we are seen as a key member of the Barnet and North London community. We like to think that Saracens is more than just a rugby club – by committing our energy and resources, to help engage and work with the local community. To us, Allianz Park is not just a rugby stadium – we see it as a thriving community hub, that provides a multitude of purposes for thousands of people in the surrounding area every day.

“As we approach our 5th anniversary at Allianz Park and reflect on what has been achieved to date, we are excited about what can be accomplished in the future to benefit our community. Saracens would like to thank Barnet Council for bestowing this honour.”

In conferring the Honorary Freedom on Saracens Rugby Football Club, the council formally recorded the high esteem the club is held by the council and the community and recognises its invaluable contribution to the life of the borough.