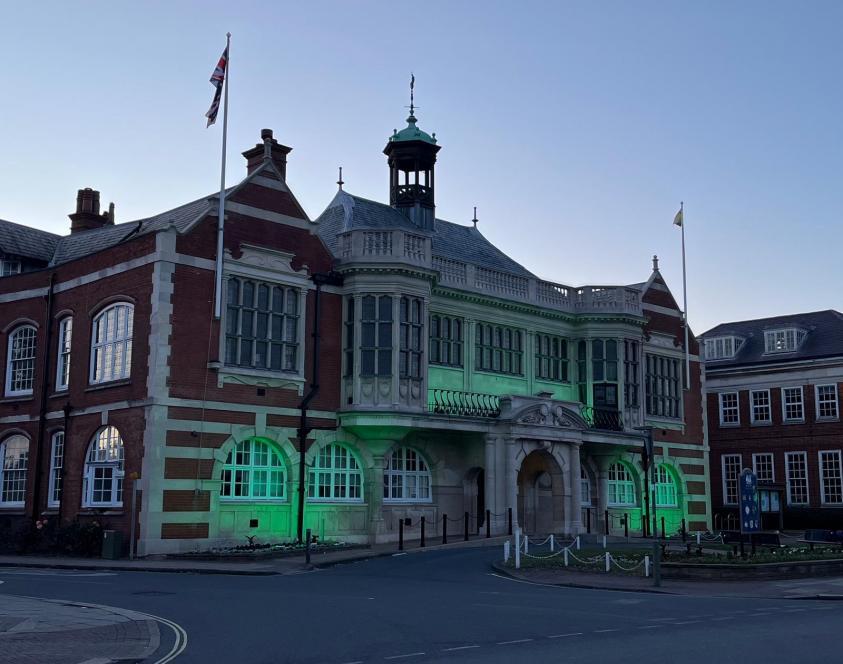 Barnet council is to light up Hendon Town Hall tonight (Monday 13 June) and tomorrow night to honour the memory of those who died in the Grenfell Tower tragedy five years ago.

To mark five years since the tragedy, Barnet joined authorities all over the capital, in lighting up green for Grenfell.

“Five years on and the tragedy of Grenfell is a terribly stark reminder of how important it is to ensure that housing is safe and well-regulated. As London’s most populous borough and one of the fastest-growing we must be incredibly vigilant to ensure housing is safe and affordable for all.

“Unfortunately, the Government has still not completed a single recommendation directed at ministers from the first phase of the Grenfell inquiry. That’s why we are supporting the Mayor of London’s call for the Government to establish a national public body with responsibility for monitoring recommendations arising from post-death inquiries to help ensure they are implemented.”

“On the fifth anniversary of the Grenfell tragedy, our thoughts remain with the families and loved ones of those that died, with the survivors, and with the whole Grenfell community.

“The learning from being part of an interfaith support network for Grenfell will continue to help shape the development of how we work with local communities in Barnet.”