Barnet has won a regional award for its innovative work with staff and resident volunteers to deliver an oxygen saturation monitoring device to help Covid 19 symptomatic patients in their own homes. This device allowed residents to measure their own oxygen saturation levels at home, allowing their GP to remotely monitor their condition. 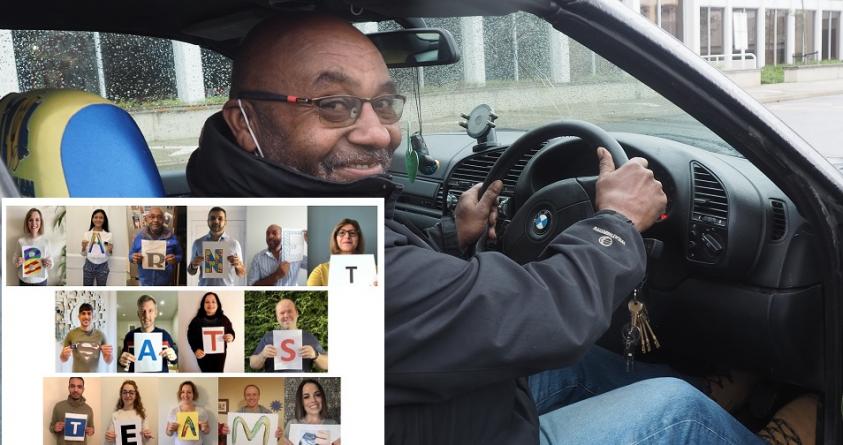 This clinician-led initiative was developed for Barnet by local GP Dr Murtaza Khanbhai. The idea was endorsed by North Central London Clinical Commissioning Group’s Primary Care Transformation Team, who brought the scheme to life with the support of Barnet Council and the Barnet Primary Care Training Hub. The device was delivered safely for everyone after patients consulted their GP, and the results were sent back promptly to their GP practice.

The Barnet team will now go up against the other winners from across the country in competition for the NHS Parliamentary Awards, which will be announced on 7 July next year.

During the period April-July, a total of 275 patients were supported to stay at home, thus avoiding unnecessary hospital admission and their care was instead supported by their GP. The service is still running and has been particularly key in assessing patients during the second wave of Covid-19.

Volunteers took on the role of delivering the oxygen saturation monitoring devices and the team became known as the Barnet SATS (short for ‘saturation’) Probe Delivery team.

One of the many volunteers was Tim Kellman, who was redeployed from his role as the Mayor of Barnet’s chauffeur. Mr Kellman knows full well that ‘the quickest route is not often the shortest’ – having worked in the Royal Logistics Corps of the British Army for 16 years.

He served for five months as a field ambulance driver in 2002 during the Iraq War, taking young burns victims to specialist medical care in Kuwait, among other duties. Mr Kellman – who holds the Iraqi Medal, the Long Service Medal and the Jubilee Medal – now serves as an instructor for the Middlesex & North West London army cadets.

He said: “I wanted to do something that would be useful, especially since as I have nurses living opposite me and I see the excessive hours they are working. Some days I can drive round eight or nine tests. I feel really good helping people. They show their appreciation. Some people are on their own and they want to sit and chat, although I can’t do that unfortunately, though I would love to.

“Sometimes I go to the same people two or three times to re-do the test. I don’t mind; it’s worth it to see them feeling a bit better. I find it rewarding and I’d rather be kept busy. It’s good to get to know that the surgeries can rely on us.”

Colette Wood, Director of Primary Care Transformation for North Central London CCG, said: “The team represents a completely innovative approach to COVID-19, not only with SATS probes being used remotely for the first time by GPs but also that the team itself is made up entirely of redeployed council staff and local resident volunteers with no prior experience in health care. We are absolutely delighted that the contribution they have made has been recognised.”

Seher Kayikci, Senior Public Health Strategist at Barnet Council, said: “I can’t say a big enough thanks to those colleagues who made this happen. Within just 48 hours of the request coming from GPs in April, we had mobilised and launched the service. Added to that, this all happened over the long Easter weekend, and so many people gave up their time selflessly to be on call to support vulnerable patients. Well done to all.”

The full list of shortlisted nominees can be found at www.nhsparliamentaryawards.co.uk/shortlist.