Have your say on rental property licensing schemes

Barnet Council is seeking people’s views as part of a 12-week consultation on two types of property licensing scheme aimed at improving the quality, safety and management of privately rented homes. 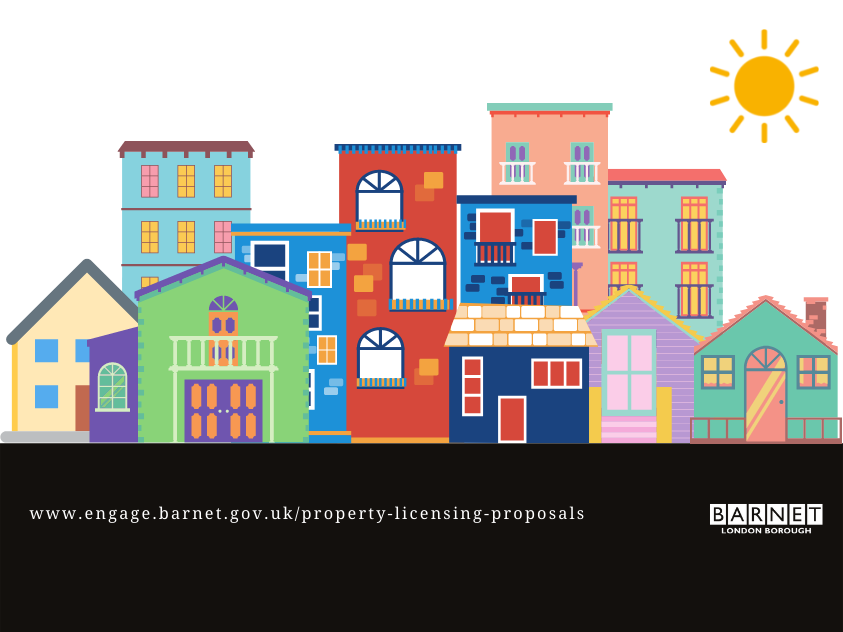 The consultation, which runs until Thursday 28 October, will gather views on proposals to renew an additional licensing scheme for houses in multiple occupation (HMOs), along with the introduction of new selective licensing schemes to regulate other privately rented properties.

The aim is to improve and maintain the condition and management of private rented accommodation for the benefit of tenants, landlords and residents in general, and to reduce deprivation, anti-social behaviour and crime associated with the private rented sector.

Barnet is keen to hear from tenants, landlords, agents, residents, and businesses in Barnet, as well as those in neighbouring boroughs and other interested parties.

The consultation will gather views on the two proposed schemes.

‘Additional licensing’, which required HMOs borough-wide to be licenced, was initially introduced in Barnet in 2016.

The scheme expired in July 2021 and the proposal is for this to be renewed for a further five years, as there are many HMOs that landlords failed to licence.

The second proposal is for new ‘selective licensing’ schemes for all other private rented properties which are not HMOs, which would be implemented in two phases, across seven areas of the borough.

Councillor Richard Cornelius, Chairman of Barnet Council’s, Housing and Growth Committee, said: “The council is working to make sure our residents live in a healthy, safe and thriving borough.

“Unfortunately there are properties out there which are not being managed responsibly and these proposals will play a very important role in helping to ensure standards of quality and safety are being met and that these properties do not have an adverse effect upon the local area.

“I would like to encourage as many people as possible to take the time to look at the proposals and give us their views over the coming weeks.”

More information, and details of how to take part in the consultation, are available online.